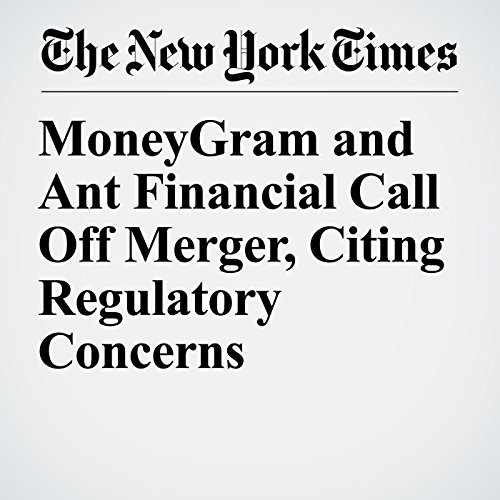 After failing to get regulatory approval in the United States, MoneyGram and Ant Financial of China called off their planned merger on Tuesday, the latest deal to fall apart over concerns about Chinese purchases of U.S. businesses.

"MoneyGram and Ant Financial Call Off Merger, Citing Regulatory Concerns" is from the January 02, 2018 Business section of The New York Times. It was written by Ana Swanson and Paul Mozur and narrated by Kristi Burns.