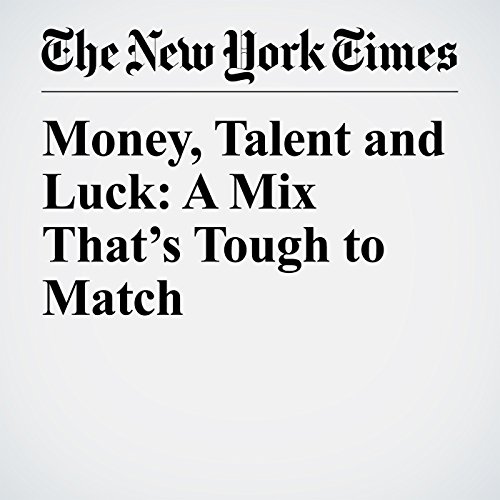 If money alone propelled teams to the World Series, the Los Angeles Dodgers would have been here a lot more often. They have spent billions on salaries since their last pennant, in 1988, and topped the majors in payroll for each of the last four seasons.

"Money, Talent and Luck: A Mix That’s Tough to Match" is from the October 26, 2017 Sports section of The New York Times. It was written by Tyler Kepner and narrated by Kristi Burns.