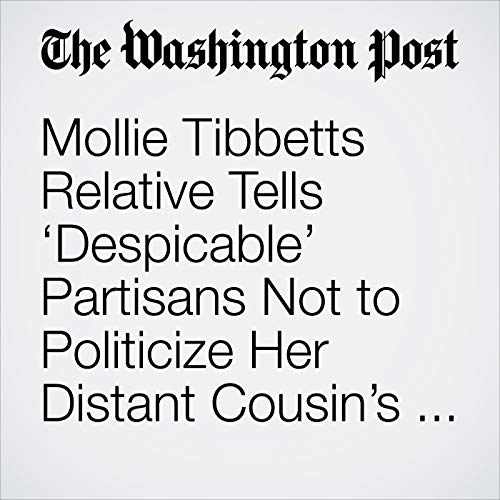 In the days since her body was found, Mollie Tibbetts has become a talking point for conservatives in the immigration debate, and one of her distant relatives has gone viral for pushing back against the politicization of her death.

"Mollie Tibbetts Relative Tells ‘Despicable’ Partisans Not to Politicize Her Distant Cousin’s Death" is from the August 23, 2018 National section of The Washington Post. It was written by Taylor Telford and narrated by Sam Scholl.