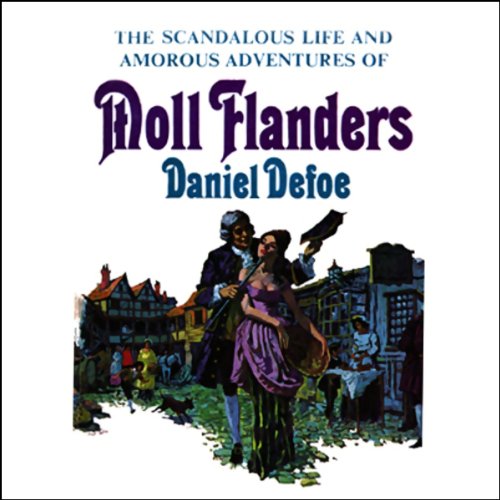 One of the earliest novels in English, Moll Flanders is the purported autobiography of a heroine who is undoubtedly one of the most lively, convincing, and delightful rogues in literature.

Born in Newgate Prison and orphaned soon after, Moll is provided with no opportunities in life, yet she is propelled by an unrelenting drive to overcome her background of impoverishment. Donning whatever mask suits her best in the moment, she appraises theft, prostitution, and bigamy only in terms of their profit potential. From her birth to her final position of wealth, Moll Flanders demonstrates a spirit of industry and an indomitable will.

Praised by Virginia Woolf as one of the "few English novels which we can call indisputably great", Moll Flanders is a work of genius which represents an important step in the evolution of the novel.

"Defoe's excellence is to make me forget my specific class, character, and circumstances, and to raise me while I read him into the universal man." (Samuel Taylor Coleridge)

Excellent reading, easy to listen to and differentiate the characters. While I am no expert on English accents, Moll Flanders' accent seems appropriate, and I loved listening to it.

This is easily my favorite book to listen to on tape, as well as my favorite book I've never read. I've listened to it probably 5 times since I first heard it as a child and it still makes me laugh, smile, occasionally shed a tear, and frequently say "what the hell Moll!" Nadia May gives an excellent performance as Mrs. Flanders and the novel is one of the best in the English language canon. Funny, smart, and a fascinating look at life in times long past.

Perfect Voice For This Tale!

Where does Moll Flanders rank among all the audiobooks you’ve listened to so far?

Right at the top! There are so many recordings that have been done of this story, I ended up choosing this narrator, because she sounded closest to what I imagined our Miss Molly might have sounded like! I was not disappointed in the least.

What other book might you compare Moll Flanders to and why?

A classic for me is when Moll is describing the old Baronet while he's drunk and wanting to have his way with her. The description of the nature of a drunken man is beautifully written and expressed.

Never could have, it's far too long, though I might have, if I'd had all those hours to just sit and listen!

I became fascinated by Moll Flanders after seeing the Alex Kingston performance on television from the 90s. I had bought the book, but became frustrated by the old English spellings, so thought I'd try the audiobook. I really am glad I made that decision!

First, Nadia May does a fantastic job reading this novel. She brings out the satire, where appropriate, but without laying it on too thick. She animates the characters, but especially Moll herself. The pathos of some of their stories comes through as well, and the HORROR of Newgate Prison.
The story itself is full of sympathy for its main character, almost, it seems, despite Defoe's stated Whig tendencies. I would definitely listen again!