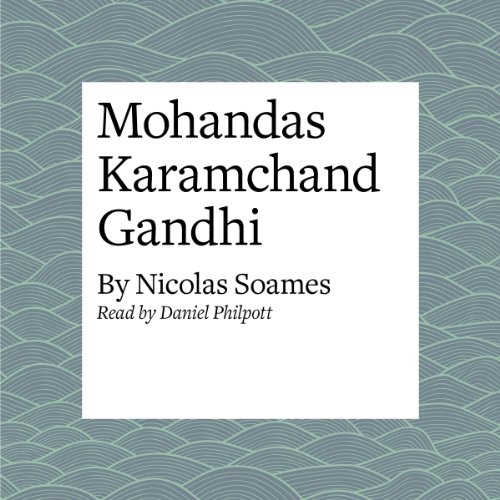 This is a story from the Famous People in History II collection.

Here are the life stories of nine famous people who have left their mark upon the world. There are men of action such as Alexander the Great and George Washington, and a woman, Joan of Arc, who inspired a nation. There are scientists whose voyages of discovery took place in laboratories: Isaac Newton, Louis Pasteur, and Marie Curie. Imagination is the fuel of the artist. The paintings of Leonardo da Vinci and the symphonies of Ludwig van Beethoven, though centuries old, still affect us today. And finally, there is the story of Mohandas Karamchand Gandhi, who gained freedom for his country while at the same time promoting the idea of peace and non-violence. These men and women were important in their time and, even in our computer age, show what individuals with ideals and energy can achieve.

This selection from the Famous People in History, Vol. 2 collection is a biographical portrait for young audiences of Mohandas Karamchand "Mahatma" Gandhi, the Indian nationalist, proponent of non-violent protest, and tireless worker for equal rights. Veteran actor Daniel Philpott strikes the right tone of accessibility and authority with his performance of this original audiobook production describing Gandhi’s life and times. Although the work is pitched at the student level, old as well as young will surely find inspiration from learning more about this historic figure who continues as an inspiration for ordinary citizens and political leaders throughout the world.