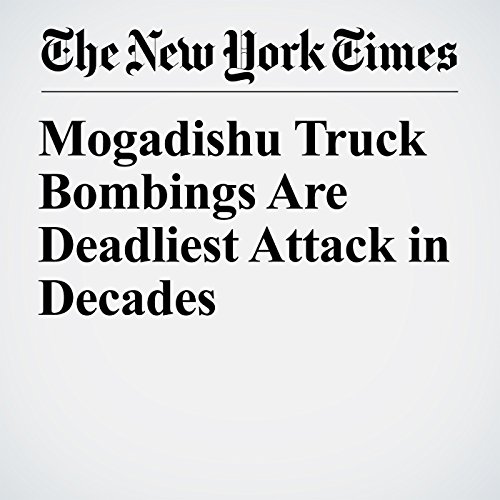 When a double truck bombing shattered the night in Mogadishu on Saturday, rescue workers began the grim search for survivors that has become all too common as Somalia battles an Islamic insurgency. They picked through burned-out cars and hunted as best they could in a collapsed hotel.

"Mogadishu Truck Bombings Are Deadliest Attack in Decades" is from the October 15, 2017 World section of The New York Times. It was written by Hussein Mohamed, Eric Schmitt and Mohamed Ibrahim and narrated by Kristi Burns.