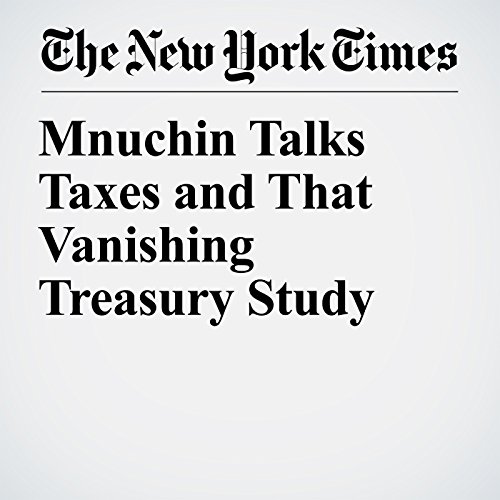 Steven Mnuchin, the Treasury secretary, may have spent the last week focused on trying to combat terrorist financing in the Middle East, but overhauling the tax code was never far from his mind.

"Mnuchin Talks Taxes and That Vanishing Treasury Study" is from the November 01, 2017 Business section of The New York Times. It was written by Alan Rappeport and narrated by Kristi Burns.