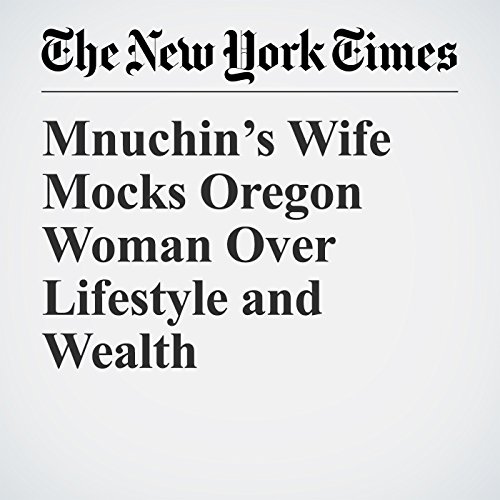 The wife of the Treasury secretary on Monday night took a page from President Donald Trump’s social media playbook for punching down.Louise Linton, the labels-loving wife of Steven Mnuchin, replied condescendingly to an Instagram poster about her lifestyle and belittled the woman, Jenni Miller, a mother of three from Portland, Oregon, for having less money than she does.

"Mnuchin’s Wife Mocks Oregon Woman Over Lifestyle and Wealth" is from the August 22, 2017 U.S. section of The New York Times. It was written by Maggie Haberman and Mikayla Bouchard and narrated by Kristi Burns.