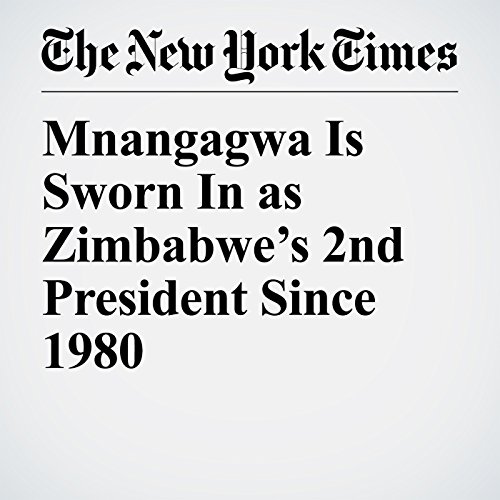 Mnangagwa Is Sworn In as Zimbabwe’s 2nd President Since 1980

Emmerson Mnangagwa, who fled into a brief exile after losing a power struggle less than three weeks ago, became Zimbabwe’s new president Friday — succeeding Robert Mugabe, the leader he had backed for decades before helping oust him last week.

"Mnangagwa Is Sworn In as Zimbabwe’s 2nd President Since 1980" is from the November 24, 2017 World section of The New York Times. It was written by Norimitsu Onishi and Jeffrey Moyo and narrated by Archie Montgomery.