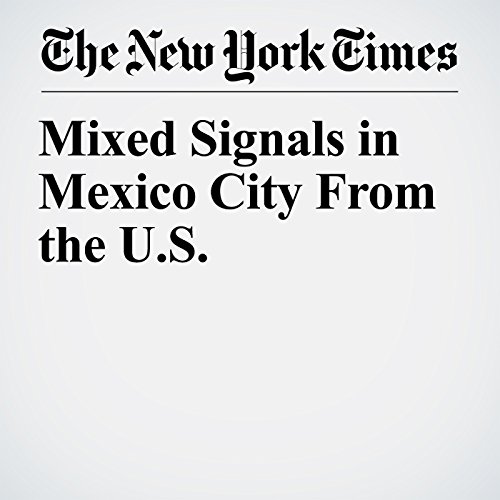 In the White House, President Donald Trump was telling U.S.chief executives Thursday that the days of being treated unfairly byMexico — on trade, on immigration, on crime — were over.

"Mixed Signals in Mexico City From the U.S." is from the February 23, 2017 World section of The New York Times. It was written by Azam Ahmed, Gardiner Harris and Ron Nixon and narrated by Kristi Burns.