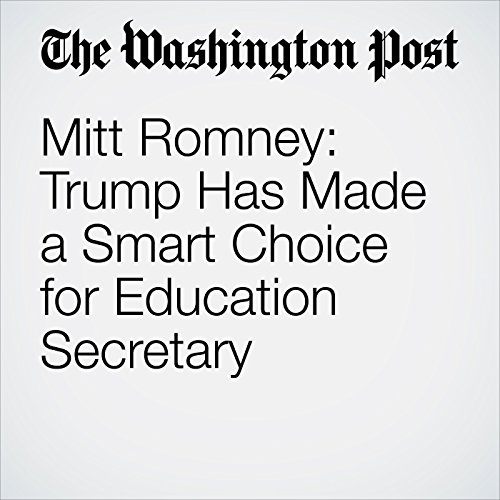 Mitt Romney: Trump Has Made a Smart Choice for Education Secretary

The nomination of Betsy DeVos for secretary of education has reignited the age-old battle over education policy. The heat is already intense not just because it involves the future of our children but also because a lot of money is at stake. Essentially, it’s a debate between those in the education establishment who support the status quo because they have a financial stake in the system and those who seek to challenge the status quo because it’s not serving kids well.

"Mitt Romney: Trump Has Made a Smart Choice for Education Secretary" is from the January 06, 2017 Opinion section of The Washington Post. It was written by Mitt Romney and narrated by Jill Melancon.