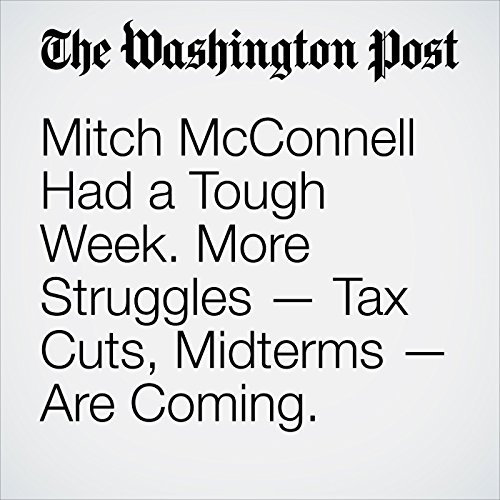 Mitch McConnell is trying to move on. Quickly. After perhaps the most damaging few days of his political career, the Kentucky Republican and Senate majority leader is fully immersing himself in the GOP effort to cut taxes, brushing off jabs from President Trump and trying to make the case that he can shape the government through executive branch and judicial confirmations, according to associates, outside allies and lawmakers who have spoken to him.

"Mitch McConnell Had a Tough Week. More Struggles — Tax Cuts, Midterms — Are Coming." is from the September 29, 2017 Politics section of The Washington Post. It was written by Sean Sullivan and Paul Kane and narrated by Jenny Hoops.