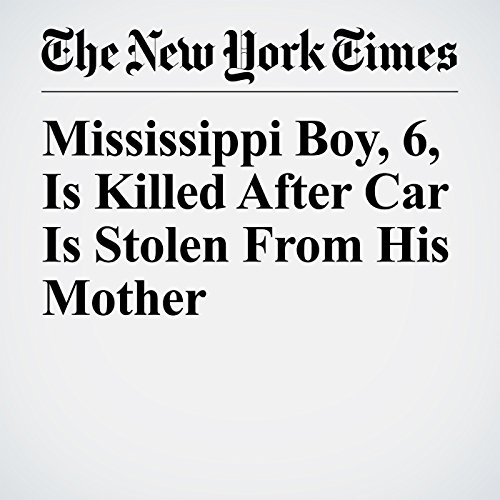 A 6-year-old Mississippi boy was found dead from a gunshot wound Thursday in the back of a car that had been stolen from his mother hours earlier in Jackson, Mississippi, the authorities said.

"Mississippi Boy, 6, Is Killed After Car Is Stolen From His Mother" is from the May 18, 2017 U.S. section of The New York Times. It was written by Niraj Chokshi and Daniel Victor and narrated by Barbara Benjamin-Creel.

Cosa pensano gli ascoltatori di Mississippi Boy, 6, Is Killed After Car Is Stolen From His Mother