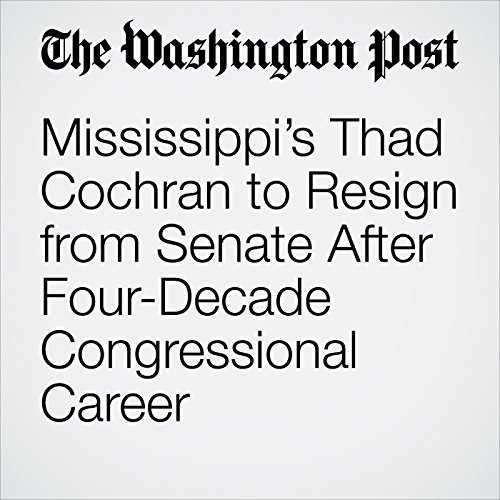 Sen. Thad Cochran (R-Miss.) will resign from the Senate on April 1, he announced Monday, ending a four-decade congressional career and triggering a fall election that could carve new divisions in the Republican Party and put the GOP Senate majority at greater risk.

"Mississippi’s Thad Cochran to Resign from Senate After Four-Decade Congressional Career" is from the March 06, 2018 Politics section of The Washington Post. It was written by Sean Sullivan, Paul Kane and narrated by Sam Scholl.