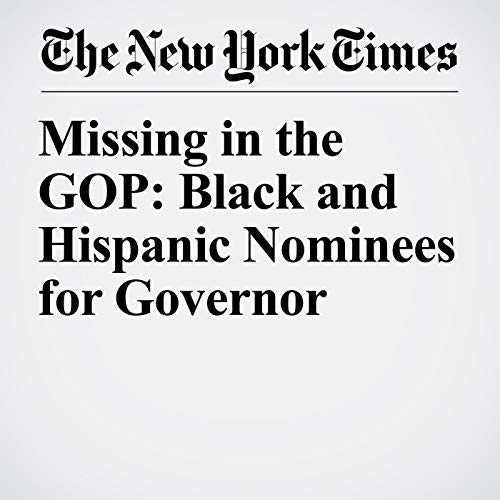 For decades Republican leaders vowed to recruit more minority candidates and tried to project a “big tent” image for the party, and in recent years they saw some payoff with governors: Bobby Jindal of Louisiana and Nikki Haley of South Carolina, both Indian-Americans who have since moved on, and Brian Sandoval of Nevada and Susana Martinez of New Mexico, both Hispanic-American.

"Missing in the GOP: Black and Hispanic Nominees for Governor" is from the October 03, 2018 U.S. section of The New York Times. It was written by Astead W. Herndon and narrated by Keith Sellon-Wright.