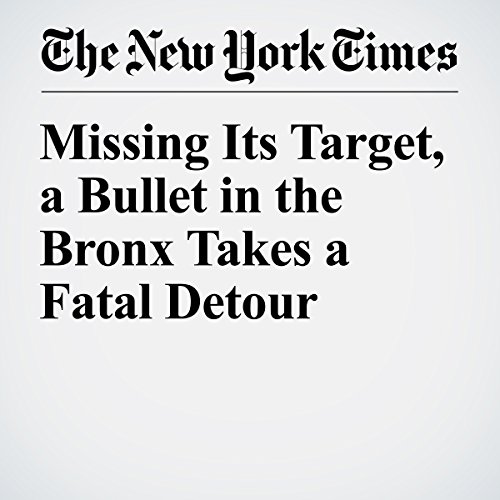 It was grim news for detectives in the 40th Precinct, where The New York Times has been examining every homicide logged in 2016, a succession of drug-related assassinations, gang killings, domestic murders and random slayings.

"Missing Its Target, a Bullet in the Bronx Takes a Fatal Detour" is from the January 18, 2017 U.S. section of The New York Times. It was written by Al Baker and James C. Mckinley Jr. and narrated by Caroline Miller.