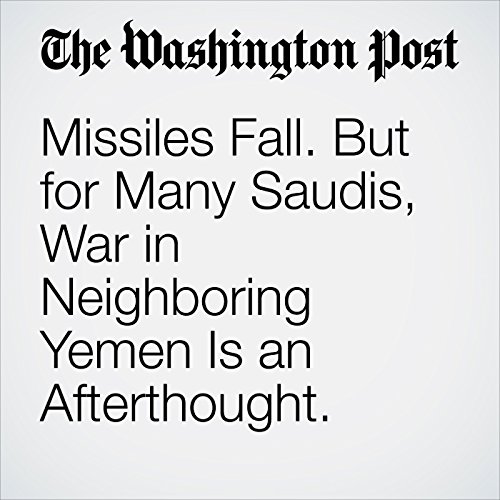 RIYADH, Saudi Arabia — A war laps at Saudi Arabia’s borders, in Yemen, less than 500 miles south of this capital city.

"Missiles Fall. But for Many Saudis, War in Neighboring Yemen Is an Afterthought." is from the January 00, 1900 World section of The Washington Post. It was written by Kareem Fahim and narrated by Jenny Hoops.