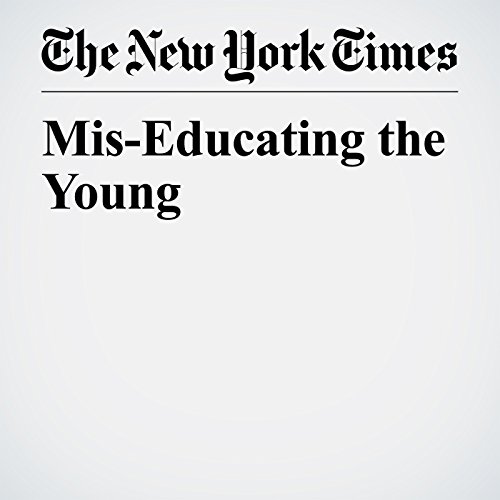 A few months ago I had lunch with a former student named Lucy Fleming, one of the best writers I’ve taught. I asked her what she had learned in her first year out of college. She said she had been forced to think differently.

"Mis-Educating the Young" is from the June 22, 2017 Opinion section of The New York Times. It was written by David Brooks and narrated by Barbara Benjamin-Creel.