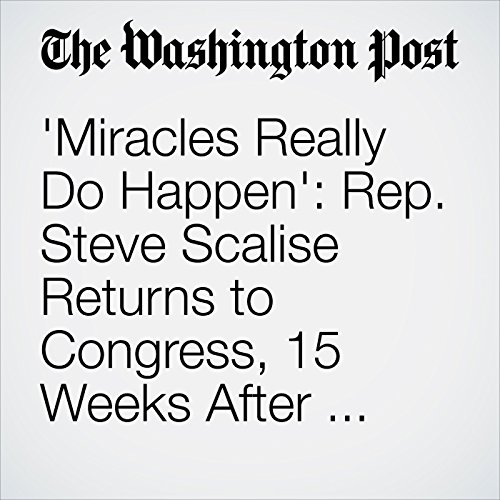 House Majority Whip Steve Scalise, who was at “imminent risk of death” when he was rushed to the hospital with a gunshot wound 15 weeks ago, made a dramatic return to the U.S. Capitol on Thursday.

"Miracles Really Do Happen': Rep. Steve Scalise Returns to Congress, 15 Weeks After Being Shot" is from the September 28, 2017 Politics section of The Washington Post. It was written by Mike DeBonis and Lindsey Bever and narrated by Sam Scholl.