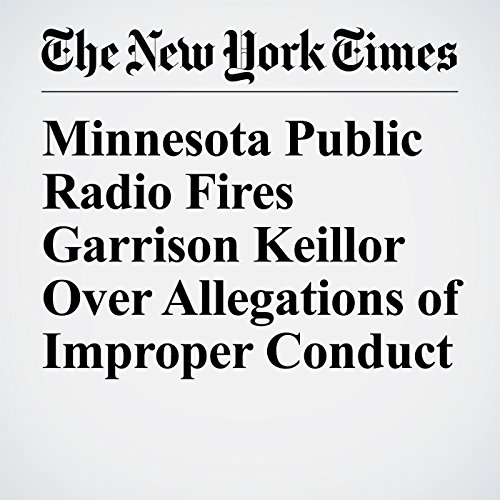 Garrison Keillor, the creator and host of “A Prairie Home Companion” on Minnesota Public Radio, was fired Wednesday over “allegations of his inappropriate behavior with an individual who worked with him,” according to a statement from the radio network.

"Minnesota Public Radio Fires Garrison Keillor Over Allegations of Improper Conduct" is from the November 29, 2017 Business section of The New York Times. It was written by Maya Salam and narrated by Kristi Burns.