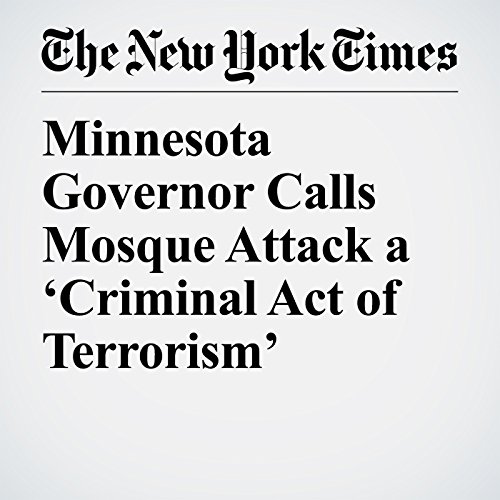 The governor of Minnesota denounced an attack on a mosque the previous day as a “terrible, dastardly, cowardly” act of terrorism.

"Minnesota Governor Calls Mosque Attack a ‘Criminal Act of Terrorism’" is from the August 07, 2017 U.S. section of The New York Times. It was written by Jonah Engel Bromwich and narrated by Keith Sellon-Wright.