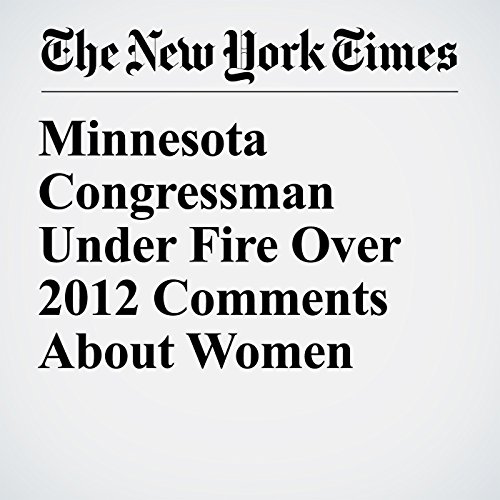 After audio surfaced of Rep. Jason Lewis, a swing district Republican from Minnesota, making misogynistic remarks on his former radio program, his Democratic opponent in November’s midterm elections is saying Lewis’ rhetoric proves he is too extreme to represent the ideologically diverse district.

"Minnesota Congressman Under Fire Over 2012 Comments About Women" is from the July 19, 2018 U.S. section of The New York Times. It was written by Astead W. Herndon and narrated by Mike DelGaudio.