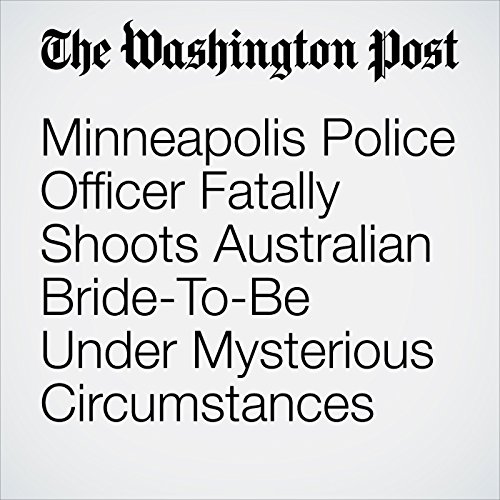 The woman was identified by family in local and Australian news reports as 40-year-old Justine Damond (nee Justine Ruszczyk), a native Australian who studied to be a veterinarian in Sydney before moving to Minneapolis to be with her fiancé, Don Damond. The couple planned to marry next month, but Justine Damond had already taken her fiancé's last name.

" Minneapolis Police Officer Fatally Shoots Australian Bride-To-Be Under Mysterious Circumstances" is from the July 17, 2017 Morning Mix section of The Washington Post. It was written by Katie Mettler, Kristine Phillips and Mark Berman and narrated by Sam Scholl.