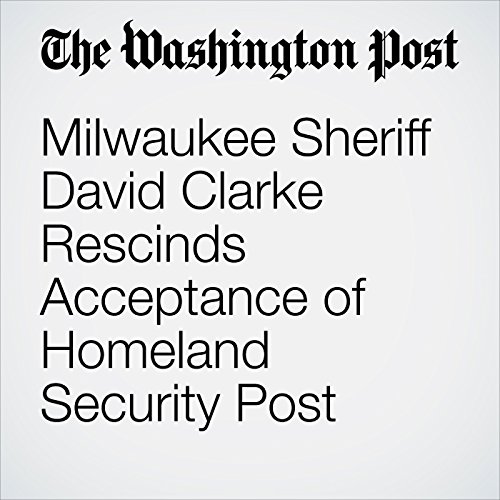 Clarke was expected to start in a role at DHS at the end of June, but according to one person close to the administration who isfamiliar with the situation, his appointment had been subject to significant delays that contributed to his withdrawal.

"Milwaukee Sheriff David Clarke Rescinds Acceptance of Homeland Security Post" is from the June 17, 2017 Politics section of The Washington Post. It was written by Abby Phillip and narrated by Sam Scholl.