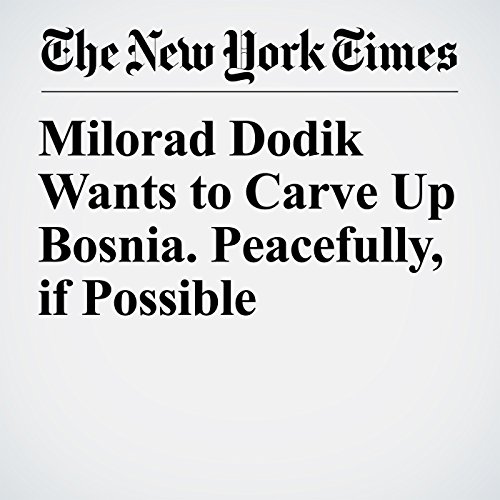 BANJA LUKA, Bosnia and Herzegovina — Milorad Dodik would like to make two things clear at the outset: that he is the president of a legitimate state, rather than an ethnically cleansed territory in a country with internationally recognized borders; and that, at 58, he can still shoot hoops like a pro.

"Milorad Dodik Wants to Carve Up Bosnia. Peacefully, if Possible" is from the February 16, 2018 World section of The New York Times. It was written by Barbara Surk and narrated by Barbara Benjamin-Creel.