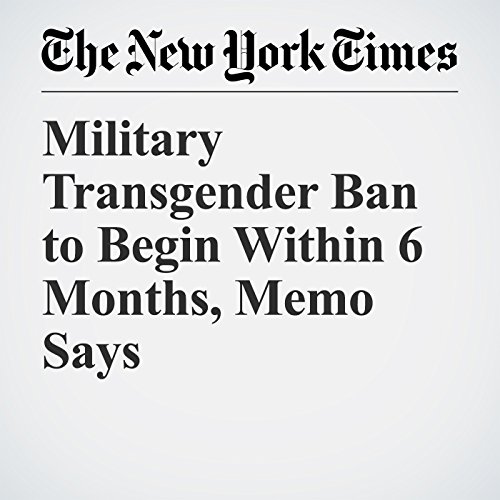 President Donald Trump is preparing to give the Defense Department authority to expel transgender people from the military in an upcoming order, barring the Pentagon from recruiting transgender troops and cutting off payment for sexual reassignment surgery and other medical treatments for those already serving.

"Military Transgender Ban to Begin Within 6 Months, Memo Says" is from the August 24, 2017 U.S. section of The New York Times. It was written by Julie Hirschfeld Davis and narrated by Keith Sellon-Wright.