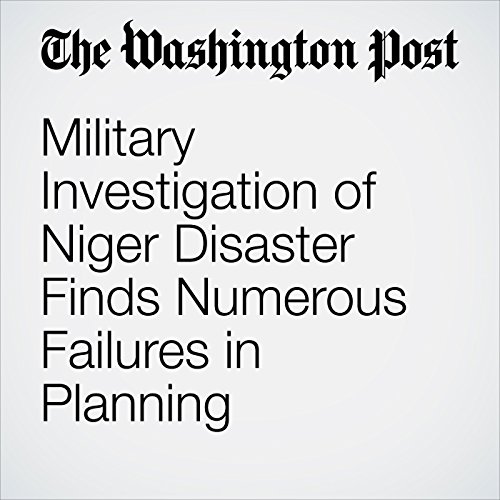 A months-long investigation of a disastrous U.S. Special Operations mission that killed four Americans in Niger found that “individual, organizational and institutional failures and deficiencies” contributed to an operation that spiraled out of control, accusing two junior officers of improper planning but not placing blame on any single factor.

"Military Investigation of Niger Disaster Finds Numerous Failures in Planning" is from the May 10, 2018 National section of The Washington Post. It was written by Dan Lamothe and Missy Ryan and narrated by Sam Scholl.