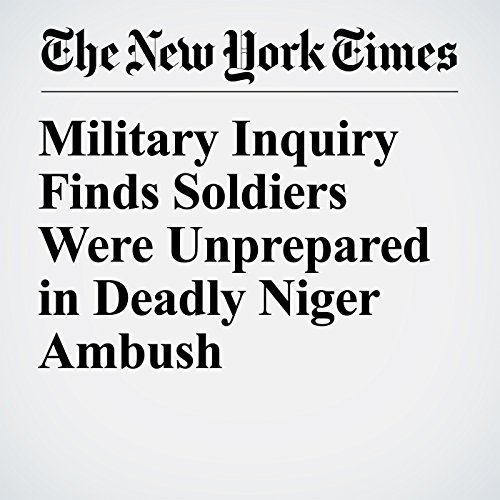 A Defense Department investigation of a Special Forces mission in Niger last fall found widespread problems across all levels of the military counterterrorism operation, but focused in particular on the actions of junior officers leading up to an ambush that killed four U.S. soldiers.

"Military Inquiry Finds Soldiers Were Unprepared in Deadly Niger Ambush" is from the May 11, 2018 U.S. section of The New York Times. It was written by Helene Cooper, Thomas Gibbons Neff, Eric Schmitt and narrated by Mike DelGaudio.