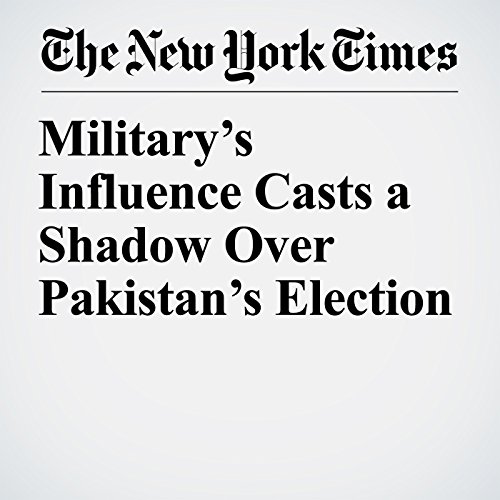 The phone calls started last month, said Rana Iqbal Siraj: intimidating, anonymous demands that he defect from the party that governed Pakistan for the past five years and tried to curb the power of the military. Soon, he was summoned by state security officials who delivered the same message.

"Military’s Influence Casts a Shadow Over Pakistan’s Election" is from the July 21, 2018 World section of The New York Times. It was written by Maria Abi Habib and Salman Masood and narrated by Keith Sellon-Wright.