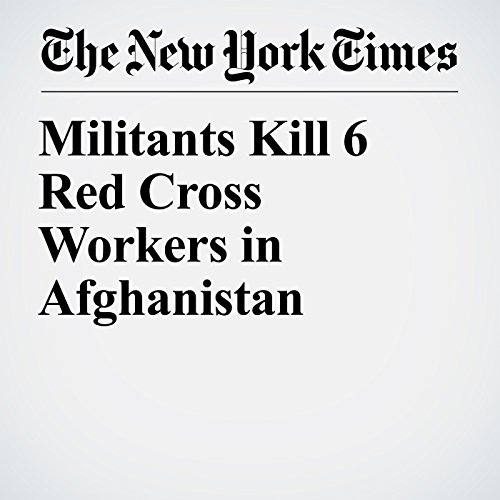 Six employees of the International Committee of the Red Cross were killed and two others were missing after an attack in northern Afghanistan on Wednesday that officials attributed to local affiliates of the Islamic State group.

"Militants Kill 6 Red Cross Workers in Afghanistan" is from the February 08, 2017 World section of The New York Times. It was written by Mujib Mashal and narrated by Keith Sellon-Wright.