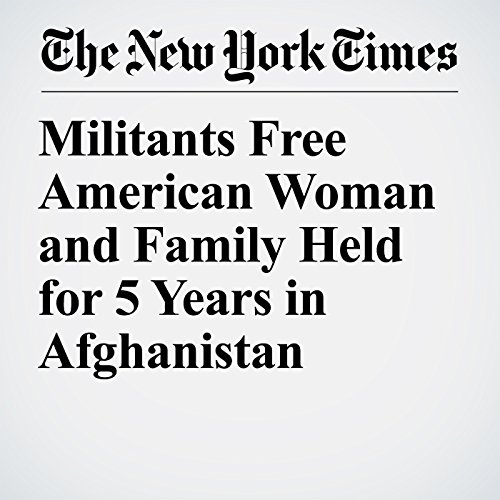 An American woman and her family who have been held hostage by militants in Afghanistan for five years have been freed, ending a case that has long frustrated diplomats and FBI agents involved in trying to secure their release, according to people familiar with the situation.

"Militants Free American Woman and Family Held for 5 Years in Afghanistan" is from the October 12, 2017 World section of The New York Times. It was written by Adam Goldman and narrated by Kristi Burns.