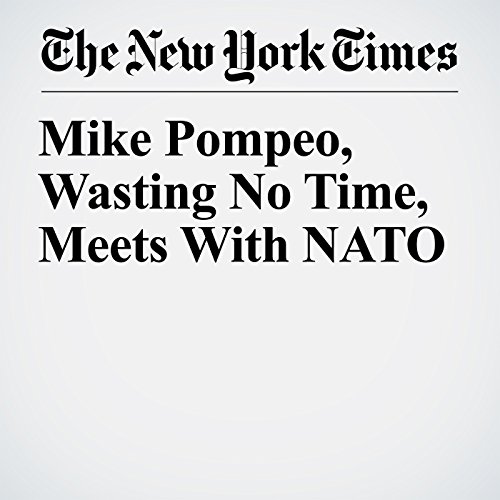 BRUSSELS — A day after he was sworn in as secretary of state, Mike Pompeo arrived at NATO headquarters in Brussels on Friday morning with some words his hosts eagerly wanted to hear as he started a four-day, four-nation trip that will include talks with top allies about Russian aggression and the Iran nuclear deal.

"Mike Pompeo, Wasting No Time, Meets With NATO" is from the April 27, 2018 U.S. section of The New York Times. It was written by Gardiner Harris and narrated by Mike DelGaudio.