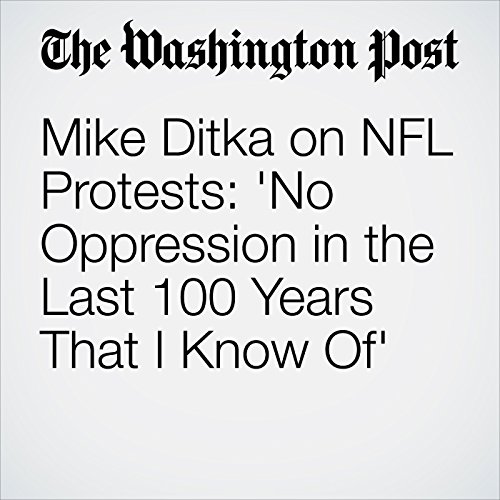 Even before this NFL season, which has featured team owners linking arms with players as shows of solidarity amid sharply critical comments from President Trump, some players were noting that the original message of protests during the national anthem had been largely lost. To them, the cause of bringing attention to racial injustice, in particular police brutality against black men, had been overshadowed by a heated national discussion over the merits of taking a knee during the national anthem.

"Mike Ditka on NFL Protests: 'No Oppression in the Last 100 Years That I Know Of'" is from the October 10, 2017 Sports section of The Washington Post. It was written by Des Bieler and narrated by Sam Scholl.

Cosa pensano gli ascoltatori di Mike Ditka on NFL Protests: 'No Oppression in the Last 100 Years That I Know Of'