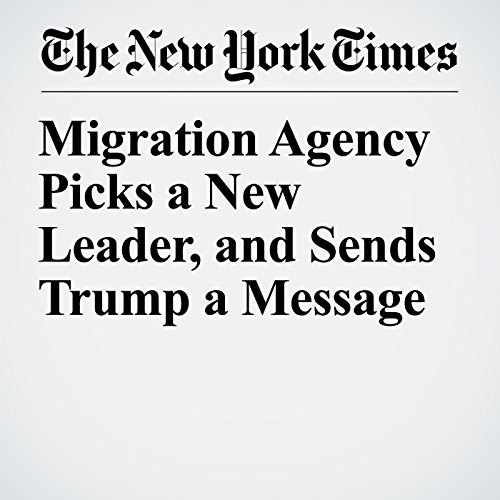 GENEVA — Delivering a stiff rebuke to the Trump administration over its handling of migration issues, the International Organization for Migration rejected Friday the U.S. president’s choice to become the agency’s next executive director, choosing instead a former deputy prime minister of Portugal.