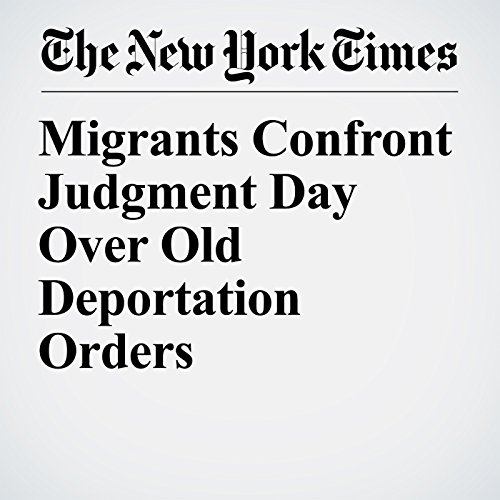 The backlog of what the government calls “fugitive aliens” has persisted through Republican and Democratic administrations, inflamed conservatives who oppose illegal immigration, and resisted the immigration authorities’ attempts at enforcement.

"Migrants Confront Judgment Day Over Old Deportation Orders" is from the March 04, 2017 U.S. section of The New York Times. It was written by Vivian Yee and narrated by Keith Sellon-Wright.