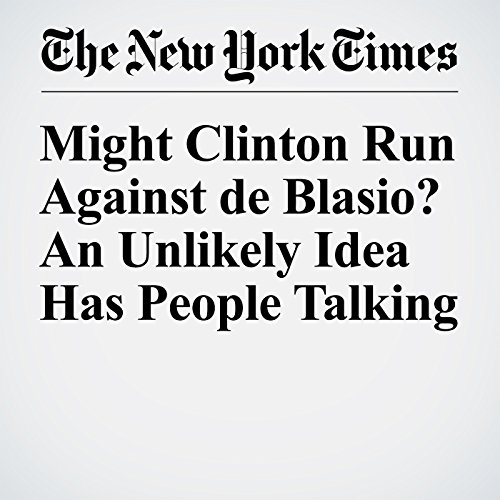 From political circles in New York City to cocktail parties on Capitol Hill, on right-of-center Facebook pages and among left-of-center donors, two of the biggest untethered threads in New York politics are being drawn together around a single question.

Would Hillary Clinton run for mayor?

"Might Clinton Run Against de Blasio? An Unlikely Idea Has People Talking" is from the January 05, 2017 U.S. section of The New York Times. It was written by J. David Goodman and Amy Chozick and narrated by Caroline Miller.