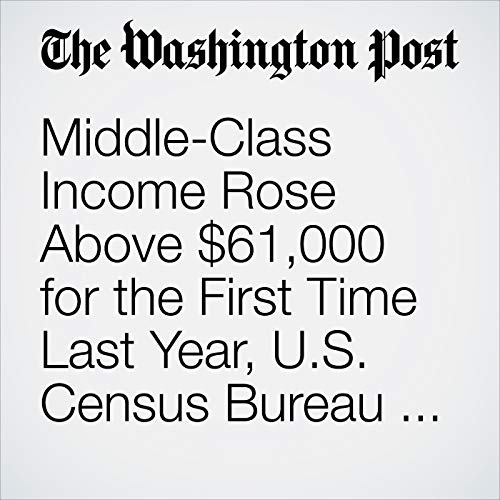 Middle-class income rose to the highest recorded levels in 2017 and the national poverty rate declined as the benefits of the strong economy lifted the fortunes of more Americans, the U.S. Census reported Wednesday.

"Middle-Class Income Rose Above $61,000 for the First Time Last Year, U.S. Census Bureau Says" is from the September 12, 2018 Business section of The Washington Post. It was written by Heather Long and Jeff Stein and narrated by Sam Scholl.