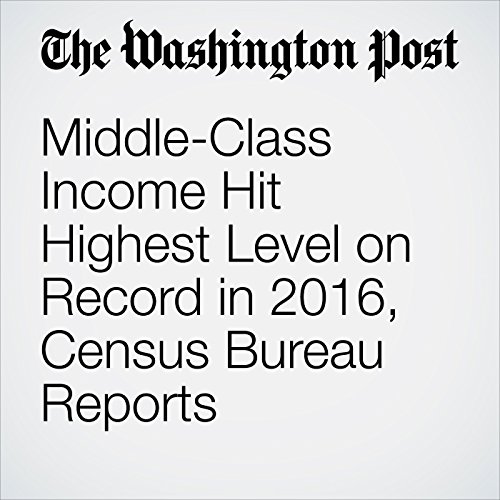 America's middle class had its highest-earning year ever in 2016, the U.S. Census Bureau reported Tuesday.

"Middle-Class Income Hit Highest Level on Record in 2016, Census Bureau Reports" is from the September 12, 2017 National section of The Washington Post. It was written by Heather Long and narrated by Sam Scholl.