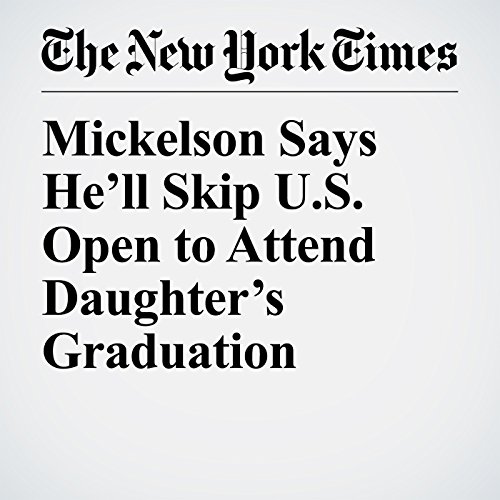 Phil Mickelson said Saturday that he would withdraw from the U.S. Open, the only major championship he has not won, to attend what he considers a more important event — his daughter Amanda’s high school graduation.

"Mickelson Says He’ll Skip U.S. Open to Attend Daughter’s Graduation" is from the June 03, 2017 Sports section of The New York Times. It was written by Karen Crouse and narrated by Keith Sellon-Wright.