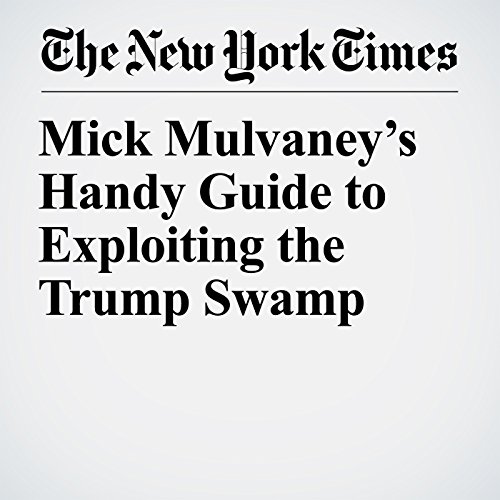 Throughout his presidential campaign, Donald Trump loved to rev up his red-hat-wearing crowds with the refrain “Drain the swamp.” Those people knew that Washington is a marshy swamp filled with a corrupt, pay-to-play political class. Mr. Trump was going to fix that.

"Mick Mulvaney’s Handy Guide to Exploiting the Trump Swamp" is from the April 27, 2018 Opinion section of The New York Times. It was written by Mark Meckler and narrated by Barbara Benjamin-Creel.