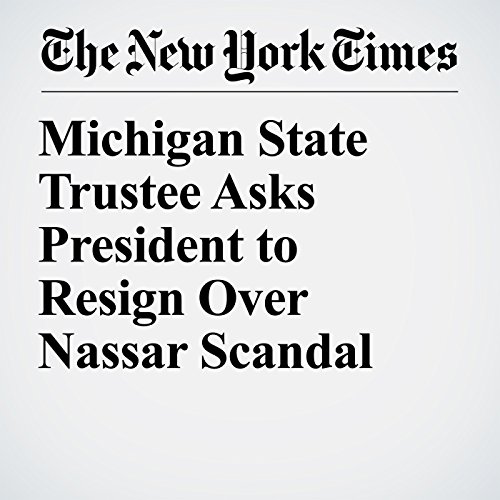 A Michigan State University trustee has dissented from the board’s public support for its president, calling on Saturday for her to resign amid questions regarding her knowledge of complaints about Dr. Lawrence G. Nassar, a former university doctor who was accused of molesting scores of female athletes.

"Michigan State Trustee Asks President to Resign Over Nassar Scandal" is from the January 21, 2018 U.S. section of The New York Times. It was written by Matt Stevens and Jason M. Bailey and narrated by Keith Sellon-Wright.