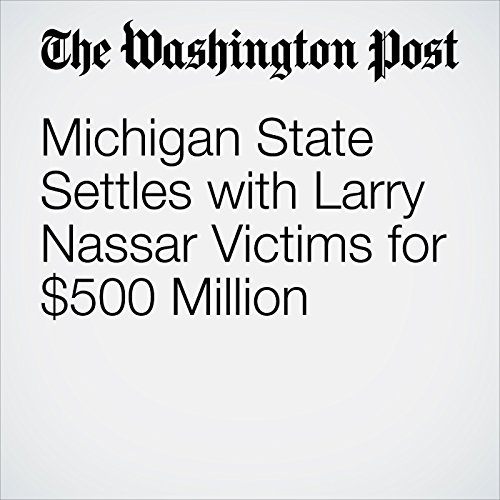 Michigan State has agreed to pay $500 million to settle lawsuits filed by 332 alleged victims of disgraced former sports physician Larry Nassar, both sides announced Wednesday, ending the university’s involvement in litigation over the former Olympic gymnastics doctor’s rampant sexual abuse of girls and women under the guise of medical treatment.

"Michigan State Settles with Larry Nassar Victims for $500 Million" is from the May 16, 2018 National section of The Washington Post. It was written by Will Hobson, Cindy Boren and narrated by Sam Scholl.