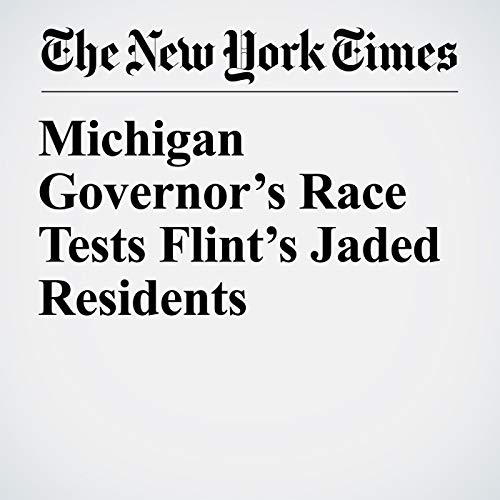 FLINT, Mich. — The first car arrived around 3:30 a.m., more than six hours before the weekly “help center” opened at a local church. David Brooks, a 72-year-old retired General Motors laborer, was in the second car in the queue, and passed the time by sleeping in the back seat of his refurbished 1997 Chevy Santa Fe, as has become his Thursday routine since 2014 — the last time his Flint community trusted its water.

"Michigan Governor’s Race Tests Flint’s Jaded Residents" is from the October 11, 2018 U.S. section of The New York Times. It was written by Astead W. Herndon and narrated by Keith Sellon-Wright.