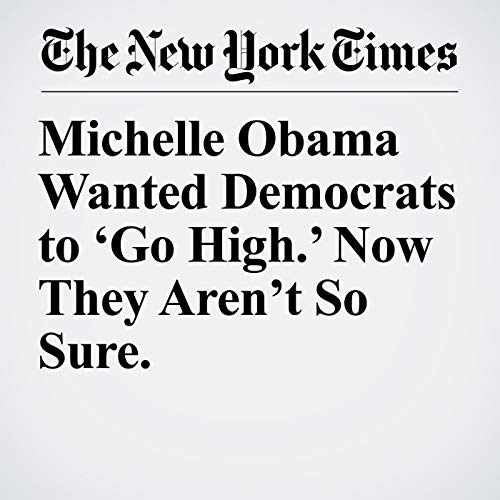 Michelle Obama Wanted Democrats to ‘Go High.’ Now They Aren’t So Sure." is from the October 12, 2018 U.S. section of The New York Times. It was written by Matt Flegenheimer and narrated by Mike DelGaudio.