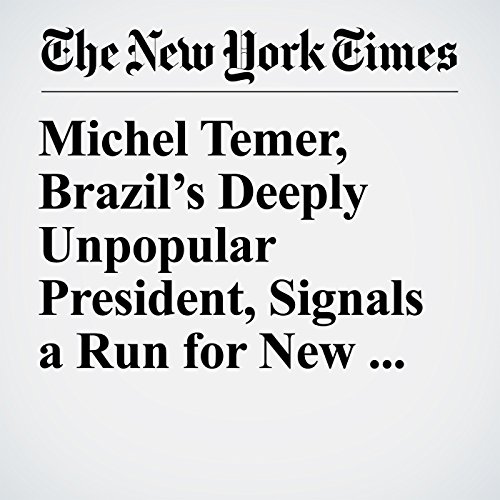 RIO DE JANEIRO — Michel Temer, the deeply unpopular president of Brazil, signaled that he intends to seek a full term in October’s election, telling a newsmagazine in an interview published this weekend that “it would be cowardly not to be a candidate.”

"Michel Temer, Brazil’s Deeply Unpopular President, Signals a Run for New Term" is from the March 24, 2018 World section of The New York Times. It was written by Manuela Andreoni and narrated by Kristi Burns.