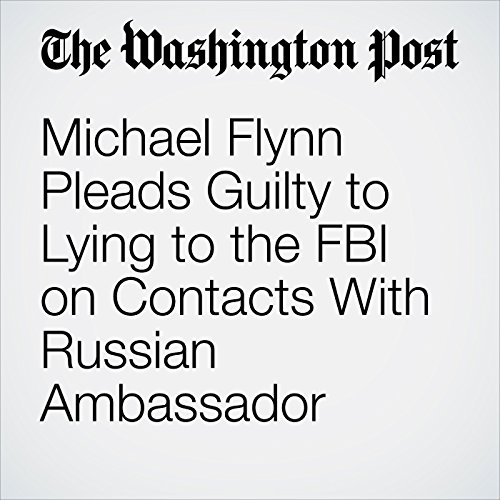 Former national security adviser Michael Flynn pleaded guilty Friday to lying to the FBI about his contacts with Russian Ambassador Sergey Kislyak, and court records indicate he was acting under instructions from senior Trump transition officials in his dealings with the diplomat.

"Michael Flynn Pleads Guilty to Lying to the FBI on Contacts With Russian Ambassador" is from the December 01, 2017 Politics section of The Washington Post. It was written by Carol D. Leonnig, Spencer S. Hsu, Devlin Barrett and Matt Zapotosky and narrated by Jenny Hoops.