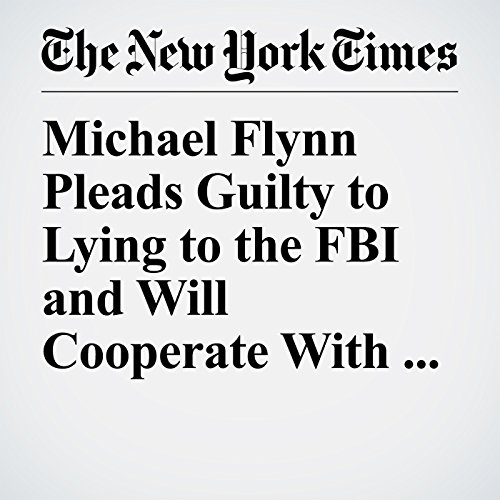 "Michael Flynn Pleads Guilty to Lying to the FBI and Will Cooperate With Russia Inquiry" is from the December 01, 2017 U.S. section of The New York Times. It was written by Eileen Sullivan, Adam Goldman and Michael D. Shear and narrated by Mike DelGaudio.