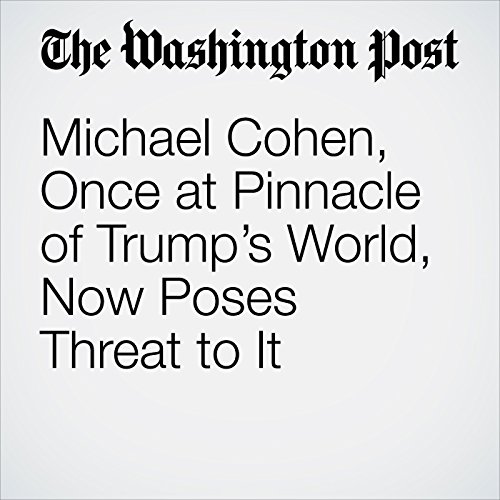 When Donald Trump won the presidency, his longtime attorney Michael Cohen seemed in position for a coveted spot in the senior ranks of the White House.

"Michael Cohen, Once at Pinnacle of Trump’s World, Now Poses Threat to It" is from the April 21, 2018 Politics section of The Washington Post. It was written by Michael Kranish, Tom Hamburger and Rosalind S. Helderman and narrated by Sam Scholl.