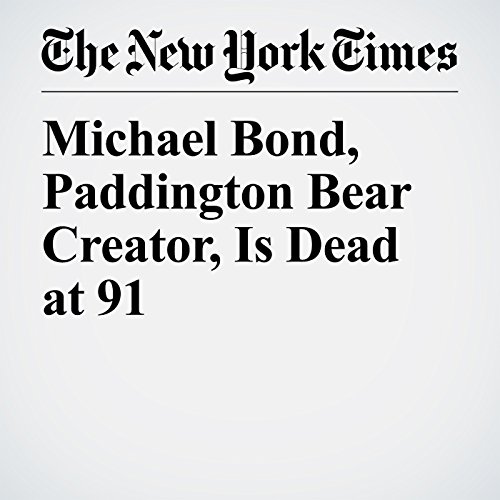 Michael Bond, the genial British author who created Paddington Bear, the polite, good-natured but disaster-prone little hero of children’s novels, picture and activity books, television series, and films, died at his home in London on Tuesday. He was 91.

"Michael Bond, Paddington Bear Creator, Is Dead at 91" is from the June 27, 2017 World section of The New York Times. It was written by Anita Gates and narrated by Keith Sellon-Wright.