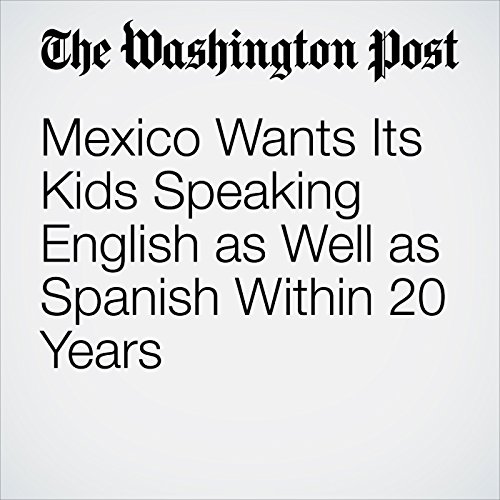 With an eye to making its population more competitive in the global economy, Mexico is pushing ambitious new plans to have all of its students speaking English as well as Spanish within two decades.

"Mexico Wants Its Kids Speaking English as Well as Spanish Within 20 Years" is from the March 15, 2017 World section of The Washington Post. It was written by Joshua Partlow and narrated by Sam Scholl.